The Rise of Black Female-Owned Startups in America

Would you believe me if I told you more Black female-owned startups are being launched at higher rates than other male-owned businesses in America? Yesssir. According to a Harvard Business Review report, “17% of Black women are in the process of starting or running new businesses in America. That’s compared to just 10% of White women, and 15% of White men.”

Ironically, research shows that only 40 Black women in the U.S. have been able to raise more than $1 million for their start-ups, according to Melissa Bradley, managing partner of 1863 Ventures, an accelerator focused on businesses run by people of colour. Moreover, when the pandemic hit, 40% of Black businesses failed, and Bradley saw a 97.5% survival rate in the companies run by Black women within her accelerator program. She said half of those companies collectively brought on 2,000 new jobs within the first six months of the pandemic.

While the numbers show that there are successful Black female-owned startups making waves in America, racism, sexism and lack of funds are pain points impacting, and in some cases paralyzing their growth. Nonetheless, Black female entrepreneurs are prying open doors in tech and are inspiring other sistahs to do the same.

Julia Collins became the first Black woman to combine food and technology into a billion-dollar company, Zume Pizza. Since co-founding Zume, which is known for its robotic technology that makes pizzas, Julia has become an anomaly – a never before seen to many of us in the BLack community. But in Silicon Valley, she’s known as a unicorn with a company valued at $2.25 billion. Julia and her team outdid themselves in 2019 after raising an extra $375 million in capital investments. She says moving from two to having 270 people employed in their company is a milestone that took a lot of hard work. She achieved this feat through sheer commitment and sticking to her values.

It was all a dream for Jessie Woolley-Wilson until she stepped out of the box and raised $170 million for her tech company. DreamBox Learning is more than a learning tool. It’s a math program that intelligently adapts to each child, letting them drive their learning while giving parents and teachers real-time data. Teachers get valuable insights to track students’ progress. DreamBox functions like a Montessori model that gives learners more authority over how they consume information. Jessies’ road to success was never a smooth one, as she recalls being mistaken for ‘the help’ who was asked to go grab a bottle of water, while she waited to pitch her company for investment in 2012. Today, Jessie is a SaaS innovator, learning technology executive and ‘the big bucks help’ disrupting tech.

There’s an old saying “a promise is a comfort to a fool.” Luckily for us, Phaedra Ellis-Lamkins and Diana Frappier created a real Promise – one that has not only been a comfort but the answer to many financial problems for Americans today. Promise is a payment solution that helps lower-income families to pay their rent, utilities, and debts to government agencies. This payment solution helps prevent utility disconnections, high-interest fees, and even jail time with a flexible, interest-free payment plan, a range of payment options, and 24/7 client support. In February 2021, Phaedra and Diana secured $20 million in Series A funding from investors including Kapor Capital, XYZ, Bronze, First Round, Y Combinator, 8VC, Village, Backstage, Gaingels, Bumble, and more.

If you’re keeping up with what’s hot and what’s not in the Black community, then you’ve probably stumbled across Blavity a couple of times. Blavity Inc., the leading digital media company for Black culture and millennials was founded by Morgan DeBaun. Morgan wanted to control the narrative and share the stories, and achievements of the Black community the way they should be told – raw, uncut and authentic. Morgan was only 24 years old at Blavity’s inception, but she saw a need for a media brand and platform that would shed light on the people disrupting the culture of underrepresentation and marginalization in America. Morgan wanted “this generation of young people of colour to stay informed about the issues they care about, to be able to see and share examples of amazing people doing important things in the Black community, and provide more opportunities to showcase humanity according to an article in Forbes.

Stephanie Lampkin is the head Black woman in charge a.k.a founder and CEO at  Blendoor, a startup that uses technology to combat bias in hiring. Stephanie developed a knack for tech from her teens and, became a web developer early in her career. With degrees from Stanford University in California and Massachusetts Institute of Technology (MIT), she has navigated an 18-year career in tech, building and managing enterprise software solutions at companies like Microsoft, TripAdvisor, Deloitte, and Blendoor. As a Fortune 40 under 40, MIT Tech Review 35 under 35, internationally acclaimed data scientist and thought leader in DEI, this Black woman does not only rank among the 17% of Black female entrepreneurs starting businesses, but she stands tall among the 3% holding her own, despite myriads of industry biases.

The Centers for Disease Control and Prevention reports that each year thousands of women in the U.S. die from preventable pregnancy-related complications. Inspired by her mom, Melissa Hanna co-founded Mahmee in 2014 to reduce these deaths. Mahmee gives birth to hope and helps new moms obtain prenatal and postpartum care with a mobile app that connects them to a team of healthcare experts (maternity and lactation coaches, nutritionists, and healthcare providers). The startup has been spotlighted by top tier media outlets, including Forbes and NPR, and has attracted $3 million in new funding from high-profile supporters such as investor Mark Cuban and tennis star Serena Williams.

Black women have never been shy of putting their shoulders to the wheel and starting that business with little to no funds. Though the media does a poor job of consistently shedding light on Black queens in tech smashing it, they do exist and we’re super proud to show our support to them.

Until next time, let’s continue to show love to our Black queens in business and become our own bosses too…..lot’s of resources and insights are available on Obsidi.com!

PrevPreviousRing It Up: $1k for 1k Referral Competition on Obsidi.com
NextCracking the C-suite Code: Advice from Black Women Executives in Tech Next 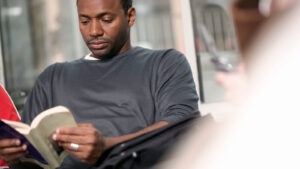 Must Read Motivational Books for Career Growth by Black Authors