Silicon Valley has long been the center of tech. It’s home to some of the biggest companies including eBay, HP, Adobe, PayPal, Facebook, and Apple. With its illustrious personnel and edgy buildings, Silicon Valley continues to be one of the central spaces for innovation around the world.

However, with all of its technological glitz and glamour, Silicon Valley continues to be a place where Black tech professionals struggle to enter and thrive. The population of Black people in the area can be described as ‘sparse’ at best since Black people represent only 1% of the Valley’s total population. Things only get bleaker when we take into consideration the number of Black tech professionals, especially women. Less than 0.5 percent of Silicon Valley tech leadership positions are held by Black women.

There’s no doubt that being a Black woman in Silicon Valley is difficult. Black women in this space have experienced difficult challenges and consistently face barriers that their male or white counterparts do not. But despite the discrimination and negative stereotypes, some Black women have become absolute TITANS in the area! They are thought leaders and trailblazers, and they are claiming their seat at Silicon Valley’s tech table! So, in the spirit of Women’s History Month, we thought it would only be fair to shine a light on a few of them:

Shanea Leven is a technological genius. She earned her Bachelor’s degree in Computer Science from Columbia College and a Master’s degree in Computer Science from the University of Maryland. Before she launched her own company called CodeSee (more on that later), she was the VP of Product Management at Lob. When she worked primarily as a developer, she was part of the key teams that built the code that sustained huge companies like Docker, eBay, and Google.

Shanea used the frustrations she encountered as a developer to come up with CodeSee, a tool that can automate the analysis of data in a developer’s system. This helps developers better understand their codebases – effectively saving them from spending hours reading thousands of lines of code to find a single bug. CodeSee has taken off and is helping individual developers and companies to simplify their coding processes, making the overall experience less painful and tedious. Shanea is changing the coding game for millions of developers around the world and is showing what a Black woman in Silicon Valley can achieve!

Timnit Gebru is an absolute force to be reckoned with. She’s a Stanford Alumna – earning her Bachelor’s and Master of Science degrees in electrical engineering, along with her Ph.D. from the prestigious institution. She is a renowned AI computer scientist with a killer global following on Twitter. She was a researcher at Google who focused on the ethical ramifications of artificial intelligence until she got fired in December 2020, and the reason why she got fired is absolutely golden. Timnit wrote a paper that critiqued some of the technology that the company uses and she raised issues of discrimination in the workplace. We STAN a queen who can stand up for her knowledge and what she believes in!

Since leaving Google, Timnit started her own organization called the Distributed Artificial Intelligence Research Institute (DAIR), an independent artificial intelligence research group focused on the harms of AI technology on marginalized groups. By documenting those harms, DAIR helps to develop AI so that it can have a positive impact on those marginalized groups.

She also co-founded Black in AI, a non-profit organization that works to increase the number of Black innovators in AI by actively removing the barriers they face. Timnit is making waves in the AI space and welcoming any Black people who are interested!

Shellye is the Silicon Valley QUEEN! After receiving her education from Wharton School of Business, she began working at IBM, an opportunity that would span the next 15 years over her career. Although she’s now in the Florida area, most of her outstanding career has been based in Silicon Valley. After her tenure at IBM, Shellye went on to hold various executive positions, including being one of the first Black women to become a CEO of a Silicon Valley company. Shellye was the CEO of MetricStream, a software company in the Valley that helps companies improve their business operations.

In addition to her corporate finesse, Shellye is also greatly involved in the community. She has done a lot of work with HBCUs to encourage and inspire young people to get into tech. She freely shares useful tips and gems to people through Twitter, interviews, and other channels. Check out this previous Obsidi blog about advice from Black women executives in tech to see the advice she offered for dealing with Impostor Syndrome. Although philanthropy is a huge part of her life now, she’s currently serving on the Board of Directors for Verizon, Nordstrom, Roper Technologies, Okta, Catalyst, and Braven. Shellye is physical proof that Black women can absolutely make it in Silicon Valley!

These women are role models, change-makers, and conspirators for equality! As they continue to shake up tech, we’ll continue to shine a spotlight on them. Be on the lookout for more content that highlights all of the Black Excellence we got going on in the tech space! 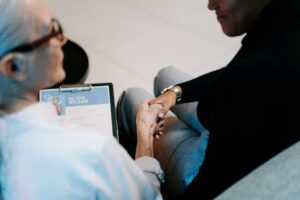